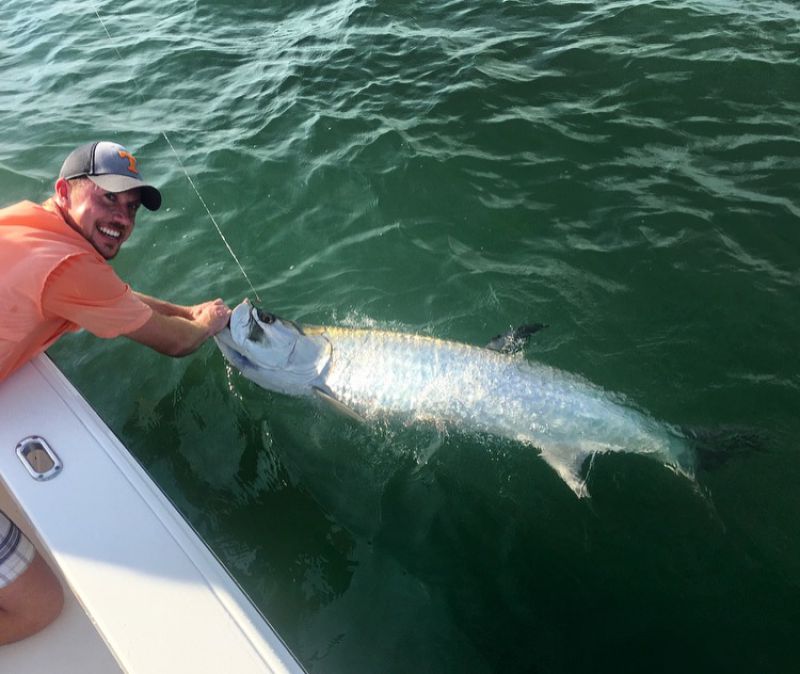 Well…we all know that the Silver King is a special fish. From Biblical paintings to Hemingway, the Tarpon is arguably one of the top bucket list species for anyone. Although not regarded as a popular Tarpon fishery, the St. Augustine, Florida areas can deliver trophy tarpon during certain times of the year. In the later part of the year you can witness 150 lb tarpon leaping into the air chasing bait during our annual mullet run. The tarpon has been around longer than most fish species and has proven to be one of the hardest to land. Catching a tarpon can be one of the most rewarding catches of a lifetime and can be caught right here on the First Coast!